Amar  in Year 9 (III Group) was selected to represent the U14 East Region Water Polo Team!

His first Inter-Regional Competition, in Walsall, was this weekend and although his team played strongly, they lost to Scotland in the last few seconds of their last game so came ninth instead of fifth.

Well done to Amar and his team! 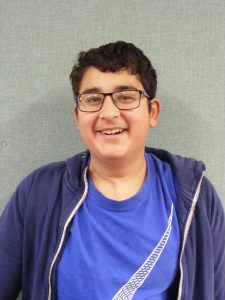