Congratulations to Old Scholar Tom Romain (2020) whose work has been selected for the Royal Academy’s Young Artists’ Summer Show.

Tom’s work is one of 392 selected from 17,700 submissions, and will be exhibited at the RA from 18 October to 22 November in the Clore Learning Centre.

Tom, who completed his A Levels at St Chris this summer, submitted his work Inevitability of Death, an oil painting.

Tom says: “The piece is an exploration into human form, particularly into the archetypal characters seen in traditional art. The maiden, representing love and grief is contrasted by the cruel and wicked guards. The prisoner stands for bravery and courage, similar to the common theme of Jesus on the cross, while the hag portrays wisdom. Though faint, the Grim Reaper mirrors the guard by placing his hand on the prisoner’s shoulder, implying the choosing of his next victim, however the painting shows that no-one can truly escape death – the severed head, the frail hag being eaten up by shadow, weapons and armour used in warfare and the roses at the guard’s feet, symbolic of life being cut short and withering away. Using heavy Caravaggio-style chiaroscuro, warm oil and and large scale really allowed the depth and richness of this piece to shine through.”

All of the artworks in the exhibition are available to view via the website here: https://youngartists.royalacademy.org.uk/ 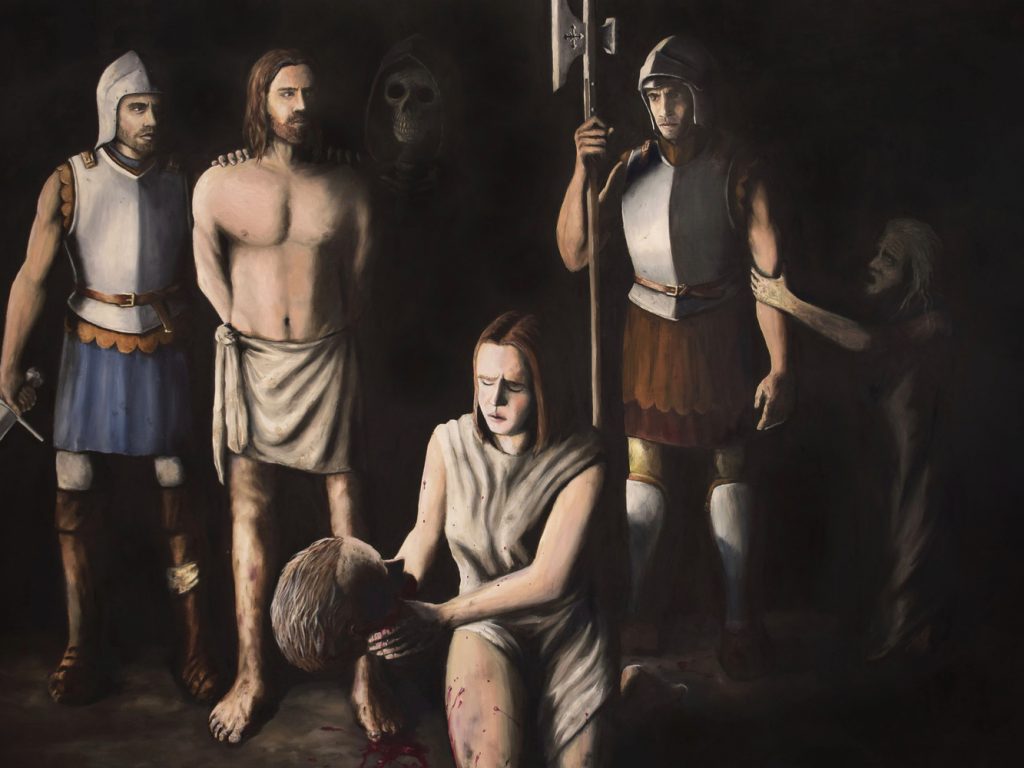