Huge congratulations to our U11 football team who won the Rural Schools Football Tournament on Wednesday at The Arena, Baldock.

After a slow start, we managed to draw a game and win a game to make it into the semi-finals against a school that was unbeaten in the group stages.  It was a very tough match against Ashwell and we made a great start scoring an early goal.  After some fine defensive displays, we saw the match out with a 1-0 win.  In the final we played Codicote and played brilliantly throughout to win 1-0.  A superb team effort to win the tournament for the first time ever – well done! 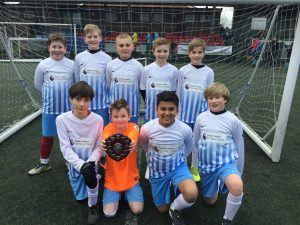