At the end of October St Chris pupils Soonu, Asa and Frankie took part in the Cambridge Festival of Ideas in a performance called MULTIPLIED: Embodying the Resonance of the Soul.

An interpretation of Rudolf Laban’s movement choir concept, the piece was a site-specific dance performance intended as an exploration of the soul’s journey in search of finding meaning and spiritual connection expressed through the physicality of the body. The pupils took part in a piece called The Cave and in an ensemble piece at the end of the performance.

The same weekend also saw a trip to the Festival of Ideas by pupils from both boarding houses as part of their weekly activity programme.

They first attended a talk on the YouTube Generation which gave an outline of the history of YouTube and discussed where it is now, whether it needs regulation and what might be the consequences of that regulation.

They then attended MULTIPLIED, the dance performance that St Chris pupils were involved in in the Robinson College Chapel. Our pupils enjoyed watching the modern dance set to well known music tracks and described the event as “very thought provoking”. 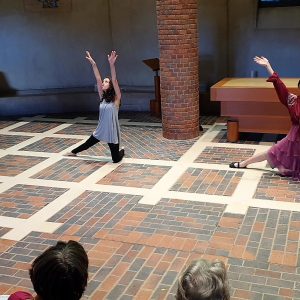 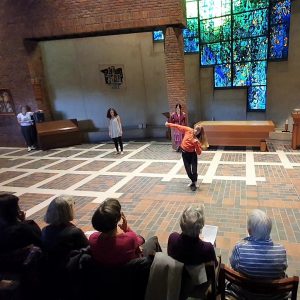