Congratulations to Frankie Zatouroff (Year 9) who won a silver medal in the East Region Laser Run Schools Competition this week.

The Laser Run is the fifth event of the Modern Olympic Pentathlon, but is now also a stand-alone event across the country for all levels/abilities.  It requires athletes to alternate between shooting a laser pistol and running in a fast-paced, action-packed race to the finish line.  At Frankie’s age group there are 3 x 400 metre runs and 3 x 5 hits at a 5 metre target. 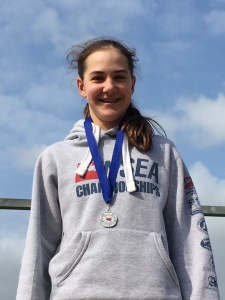