Well done to our Junior School netball team who won the Rural Schools Netball Rally at Hitchin Girls’ School on Thursday, 7 March, coming top in their group.  They won six matches and drew one scoring 20 points out of a maximum of 21.  The team scored 15 goals across the tournament. 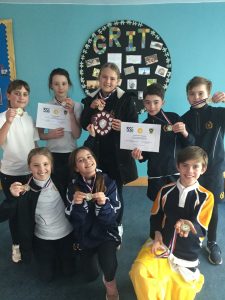