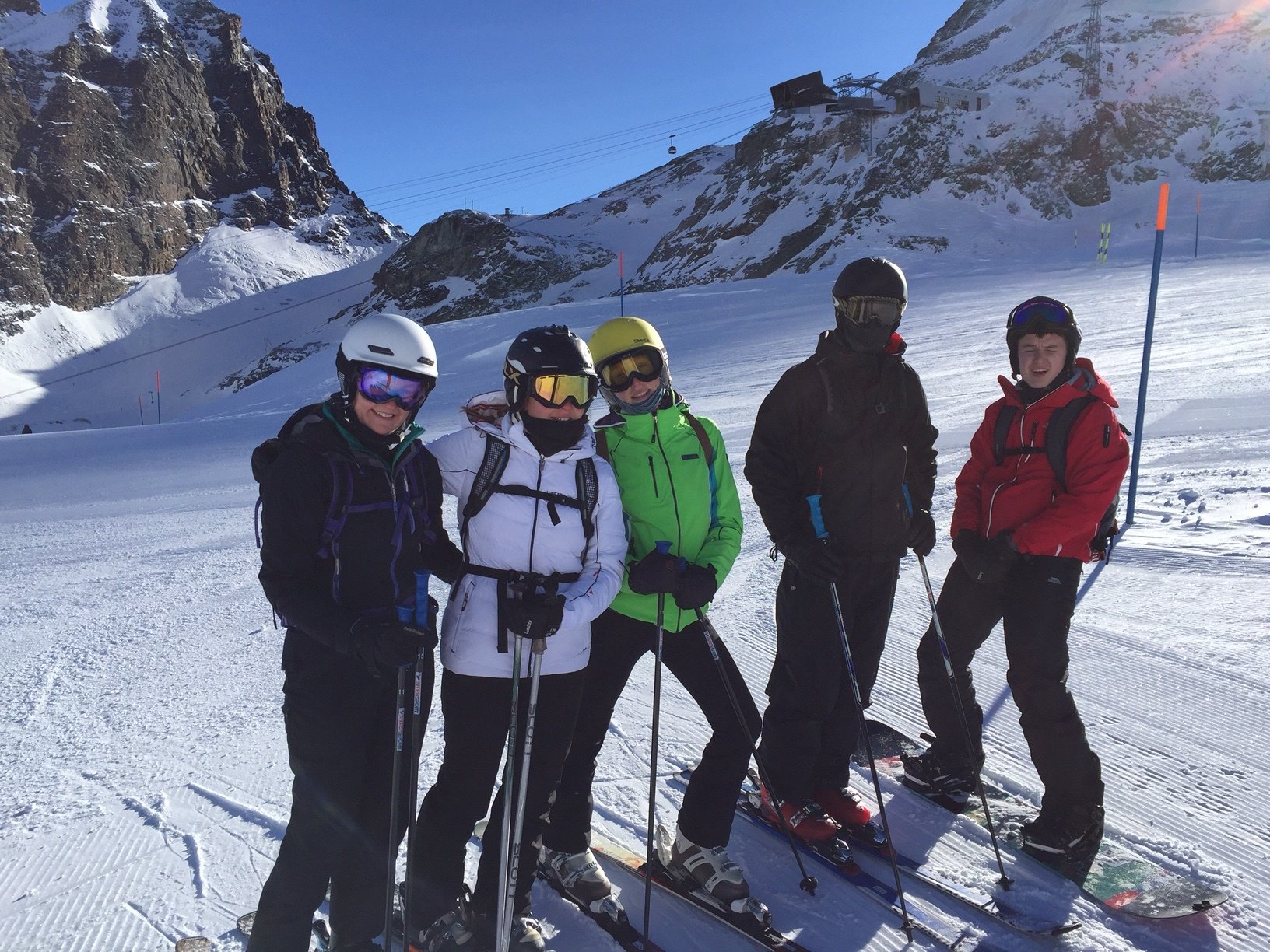 Last week four of our GCSE PE students travelled to Saas Fee, Switzerland to complete their skiing and snowboarding assessments.

Saas Fee is the main village in the Saas Valley, and is a beautiful part of the world known to both staff and students alike; for many years the School has visited that area, taking an entire year group during LSP week, to experience the breath-taking vistas and diverse range of activities and opportunities that are available there. The area is known as “Die Perle der Alpen” (The pearl of the Alps).

The group flew from Luton to Geneva where a three hour commute in hire cars saw them arrive at their accommodation in Saas Grund a small neighbouring village at approximately 21:00 on Thursday evening.

An early start and super-efficient ski fit out saw the group hit the slopes at around 11:00am Friday morning. As it was a weekday the slopes were quiet and the snow was luxurious; not piste bashed or mogully whatsoever. A full day of skiing and assessing, around the Felskinn, at 3000 metres elevation, finished at approximately 16:45 and was swiftly followed by a rapid stop at the local shop to purchase supplies for the much vaunted raclette evening. Fortunately and unusually the event managed to surpass the hype and even the boys who were initially a little raclette phobic thoroughly enjoyed themselves.

The following day saw a slow start from the group who were feeling slightly jaded after the exertions of travel and a full day on the pistes. Saas Fee itself was rammed as all the locals made their way up to the mountains.

Despite this the group made it up to the summit of the resort, at just over 3500 metres elevation, were the snow was lovely although it was -15 despite the near perfect conditions and bright sunshine. The upside of all the traffic below was that Bailey, Bea, Mia and Seb were able to demonstrate their prowess navigating mogul fields, which became increasingly difficult as we started to lose light.

A well-deserved pizza night was just reward for all that high quality skiing and an early night prior to a 03:30am start to drive back to Geneva saw our Alpine mini break come to a close.

In summary this was a fantastic trip and huge thanks to Cordy Lewis, who became the trip’s de facto accountant and organiser, for all her hard work.

The students performed exceptionally well, in some cases well above the full marks level and more importantly skied and boarded incredibly responsibly, demonstrating a good understanding of piste etiquette and the Ski Way Code. 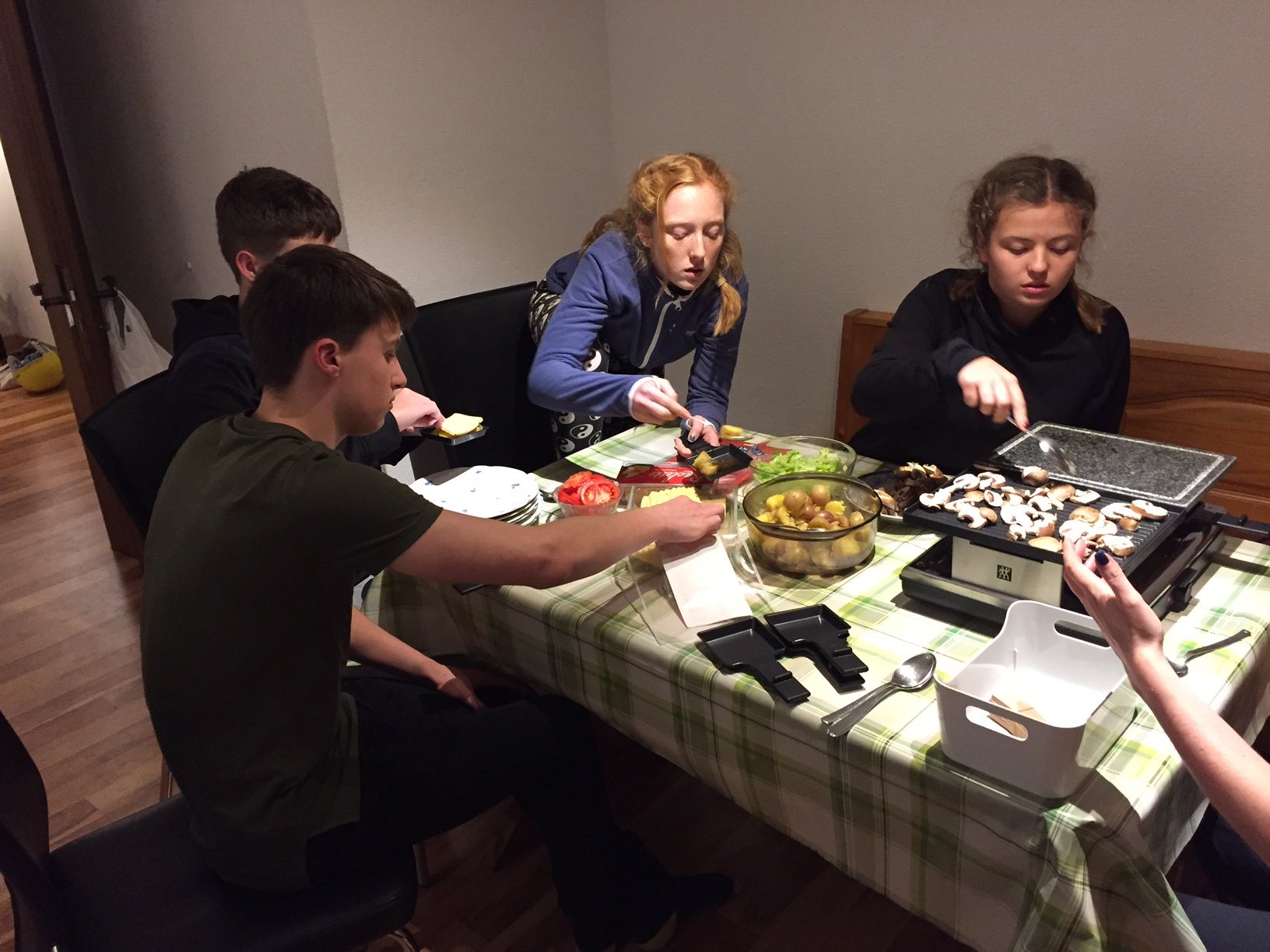 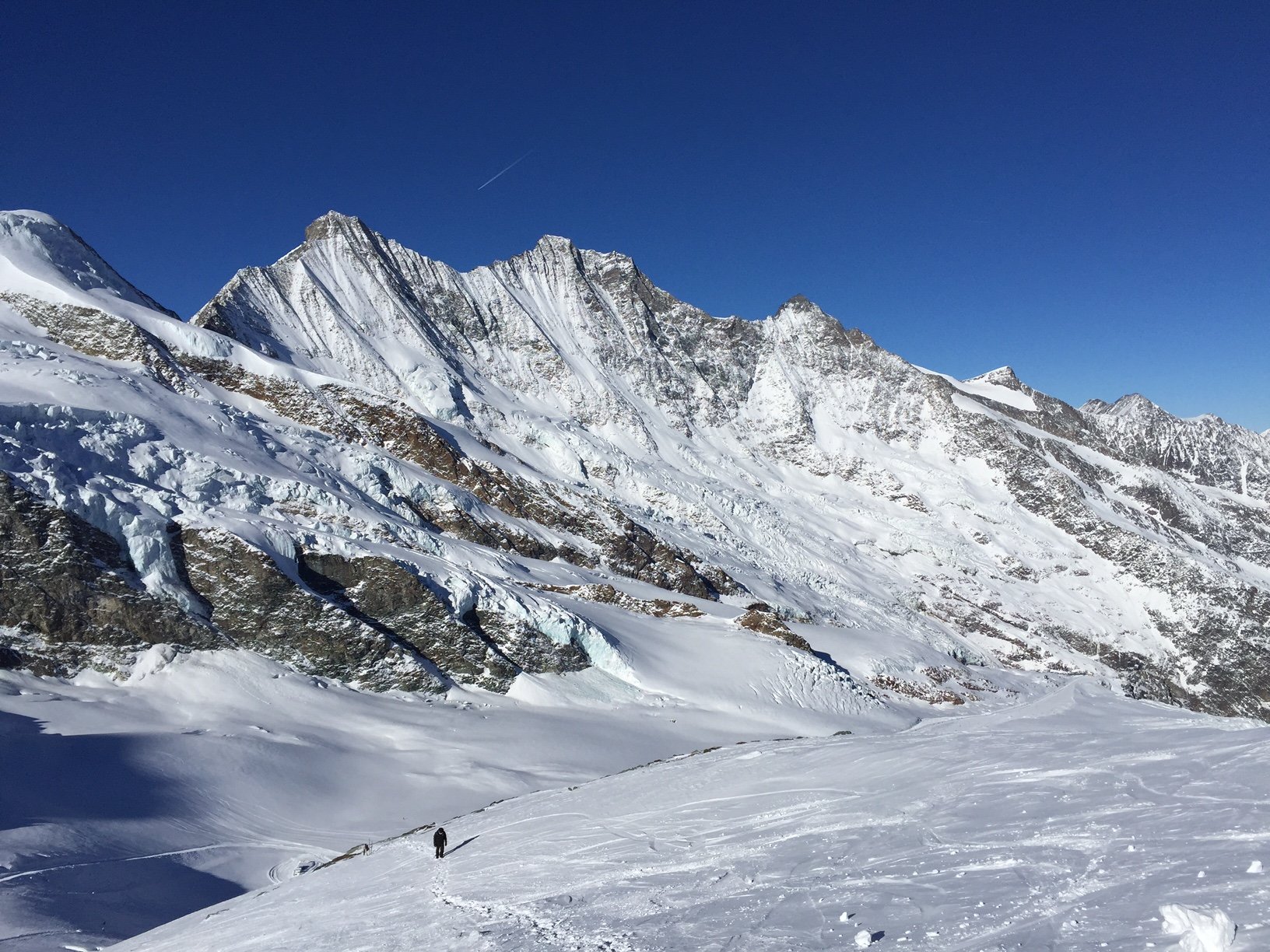