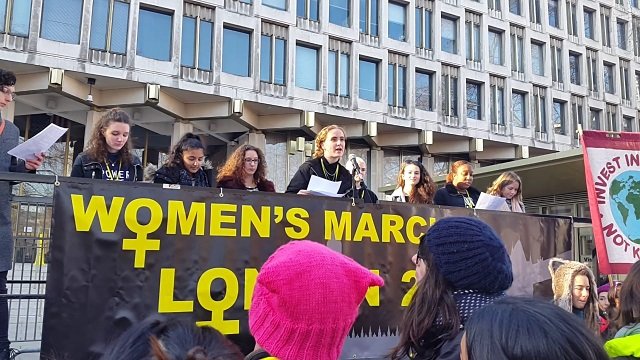 Last Saturday St Chris students headed to both London and Washington to join millions of people around the world marching in support of women’s rights.

Two St Chris pupils, Esmée (current Year 12) and Izzi (Old Scholar) Godley, gave a speech at the march in in London in front of 80,000 protesters outside the US Embassy.

Esmée and Izzi were asked to speak after submitting their answers to an online questionnaire on the Women’s March website, which was asking for thoughts on the current world political environment from young people who aren’t yet eligible to vote.

They wrote and took part in a group speech at the event with seven other young people given immediately after the welcome speech by actress Rebecca Hall. The group then walked with others, including Sadiq Khan and Joan Bakewell, from Grosvenor Square to Trafalgar Square.

Head Richard Palmer said: “What an incredible opportunity for Izzi and Esmée to get their voices and feelings heard at such an important event. Speaking in front of such a large crowd must have been daunting but to have the courage to stand up and express themselves freely is a real measure of the confidence, self-belief, passion and strength that they possess.

“These characteristics, along with their commitment to contributing to the wider community, are the embodiment of what we stand for as a School. We are very proud of them both and of all who marched on Saturday from St Chris.” 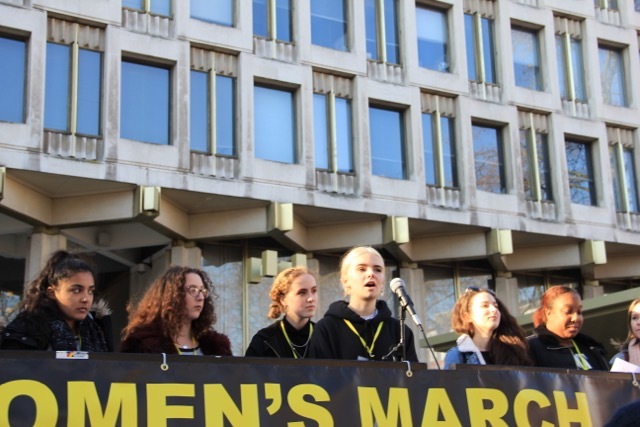 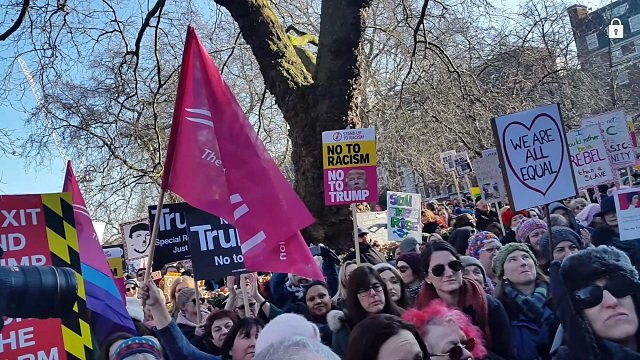